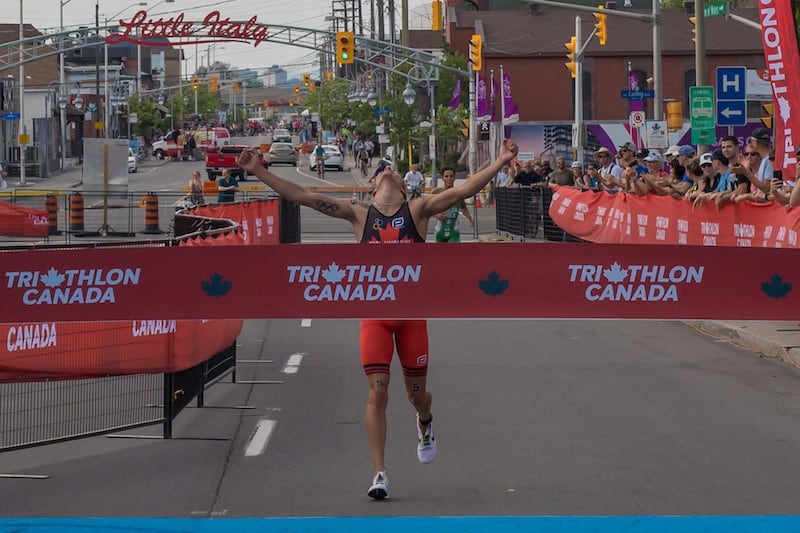 OTTAWA—Tyler Mislawchuk and Joanna Brown were crowed the King and Queen of Canadian triathlon on Sunday at the two-day CAMTRI Sprint Triathlon Premium American Cup in Ottawa, which is also serving as the Canadian Championships.

Mislawchuk, of Oak Bluff, Man., exercised his race tactics to perfection en route to securing his first elite Canadian Championship title after diving into Ottawa’s Dows Lake with the 30 fastest men, who qualified for the championship final through Saturday’s super-sprint distance race.

The 22-year-old Olympian dug deep through the intense heat and high winds to clock a winning time of 55:15.7 on the sprint distance course that twisted its way alongside many of Ottawa’s historic landmarks.

“I came here to try to win. Anytime you race a triathlon it is going to be hard, but it wasn’t easy today. I had to push all the way on the course,” said Mislawchuk, whose lone national title came in 2012 when he was Canada’s top junior. “It is nice to win in front of a home crowd.”

Mislawchuk battled through the rough water to come out of the 750-metre swim in fourth spot. With American Hunter Lussi wasting no time breaking the pack in the first lap of the bike, Mislawchuk remained patient in a group of nine that finished the three-lap, relatively flat bike course nearly 30 seconds off the leading pace.

“It was a good course. The winds actually helped make everyone race an honest race on the bike. You couldn’t really hide in the crosswinds,” said Mislawchuk, who returned to elite racing this month for the first time after being injured since an impressive 15th-place finish at his first Olympics last summer.

Hunting down Lussi, Mislawchuk and teammate, Alexis Lepage who hails from nearby Gatineau, Que., reeled in the American early in the second and final lap of the run with Mexico’s Eder Mejia Munoz and Irving Perez at their side. After blowing past Lussi, Mislawchuk and Mejia Munoz dropped the field and charged shoulder-to-shoulder alongside Ottawa’s famed Rideau Canal to the finishing chute.

Mislawchuk tucked in behind Mejia Munoz’s shoulder until the final 300 metres where he sprinted to the National title.

“I’ve been working on my sprint this year. I just kept telling myself to ‘back myself, back myself,’ I did that and it paid off. It was a risk, but it had a reward this time,” beamed Mislawchuk.

The two Mexican athletes grabbed the final two spots on the CAMTRI podium. Mejia Munoz was second at 55:25.9, while Irving Perez placed third at 55:35.8.

Alexis Lepage, who posted the fastest qualifying time, was the second best Canadian with his fourth-place overall time of 55:48.3. Victoria’s Matt Sharpe was the third-best Canuck, finishing sixth overall at 56:00.5.

As the heat and wind cranked up in the Nation’s Capital, so too did the action, as the Canadian women put on an impressive display of fitness.

Healthy, fit and confident coming into the race after celebrating the first two World Cup medals of her career earlier this spring, Brown continued her blistering start to the 2017 season by adding her first elite Canadian Championship title following a hard-fought clash with Olympic veteran Paula Findlay on the streets of Ottawa. Brown posted a golden time of 59:46.8.

“I’m so tired. It feels so good to win. Paula was so strong today,” said Brown. “I really don’t have words to describe how this season has been going. I just want to keep the consistency going and get more podiums. It means so much to win here in Ottawa in my hometown.”

Edmonton’s Findlay and 2016 Olympian, Amelie Kretz, came out of the water in the top-four as the elite group of 30 women from Canada, United States, and Mexico stayed bunched up after the 750-metre swim.

Powering out of transition up the first hill in a large pack past Ottawa’s Centennial Farm, Canada’s Findlay and Brown served notice it would be a two-woman race following an aggressive attack by the 28-year Findlay.

“I just saw Paula go. She made a really smart move in the headwind and I had decent legs so I thought I would jump on it,” added Brown. “There were a few minutes there where I didn’t know if I was going to catch her or not because she was so strong. I eventually caught her on the roundabout on the way in and we just worked so well together. I worked as hard as I could, and tried to hold onto her.”

The two beasts on the bike raced wheel-to-wheel over the next two laps where they opened up an 80 second lead on the field while heading into the second transition after the 20-kilometre bike course.

Flying under the radar after battling through a string of injuries over the last five years since taking the world by storm with five World Triathlon Series titles, Findlay brought the Canadian triathlon faithful to their feet with a perfect second transition to take the lead out onto the five-kilometre run.

Running off the blue carpet steps behind Findlay, Brown demonstrated her fitness, getting back on Findlay’s shoulder before opening up a six-second lead at the end of the first loop on the two-lap run course.

“I knew I just had to pace it well because it was really hot and windy and I knew it was going to be a grind of a run. I just tried to stay cool and bring it home,” said the 24-year-old Brown.

Bring it home she did. When all was said and done, Brown finished 10 seconds ahead of Findlay, who scrapped her way to a silver-medal time of 1:00:14.5.

“I was really happy to get a break on the bike. The bike is now my strength and I need to utilize that more in races and today it worked, so I’m super happy with that,” said Findlay. “My run is a continuous work in progress. I knew Jo is very fit, really fast and has reached the podium a couple of times this year. I just tried to hang with her as long as I could, keep her in sight and not let the band stretch too much. I’m just so, so happy to put it all together to have a good race again.”

It has been a long road back for Canada’s gutsy redhead, Findlay, who has battled adversity that would force many to call it a career since storming to the top of the triathlon world in 2011. Focusing on bringing the fun back into her training and to competition days, Findlay brought her passion for racing to the start line in Ottawa to measure up against all of the top women in the country. She leaves Ottawa with her head held high and a silver medal around her neck.

“The way that I raced is more important than the result,” said Findlay. “I was aggressive. I was back in it. I was aggressive right from the start, and I had a good swim. I haven’t raced like that for years. That is what I’m most proud of – to put a race together and be back in the game!”

Tamara Gorman, of the United States, finished third overall at 1:01:19.3. Dominika Jamnicky, of Guelph, Ont., had a solid outing to secure the final spot on the women’s Canadian Championship podium with a time of 1:02:00.2. Jamnicky was fifth overall.

It was the first time in the 30-year history of hosting the Canadian Triathlon Championships that Triathlon Canada brought the best elites, under-23’s and juniors together in one race. Modeled after the highly successful race format used at the famed Tiszaujvaros World Cup in Hungary, the Ottawa International Triathlon was the first time the unique two-day format was used in North America.

More than 200 elite, under-23 and junior-age athletes from all corners of Canada were placed into four heats each for the men and women’s super-sprint distance qualification races on Saturday, which consisted of a 300-metre swim, eight kilometre bike and 1.5-kilometre run course.

A test of recovery, the top-30 men and top-30 women, were back at it Sunday settle the medals.

“I love the two-day format. I love to mix it up a bit with these formats. I think it is amazing what Triathlon Canada has done to bring the juniors in to race with the elites. It may be a bit intimidating for them, but it was a great experience for everyone I think,” said Mislawchuk. 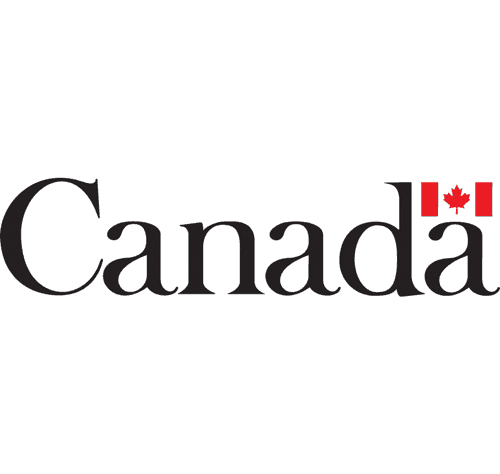 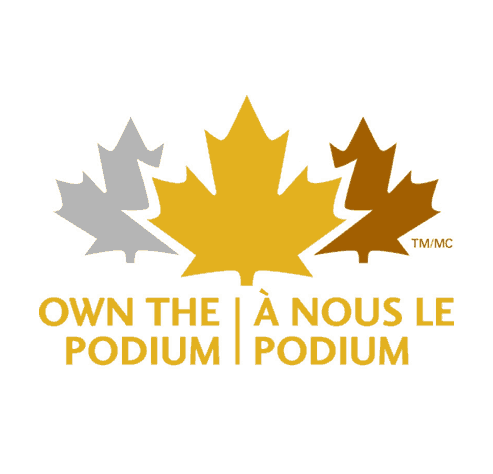 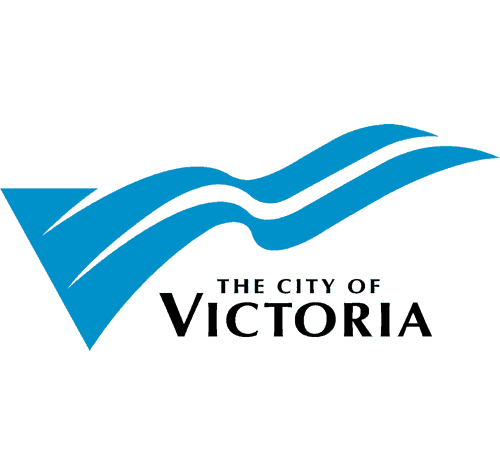 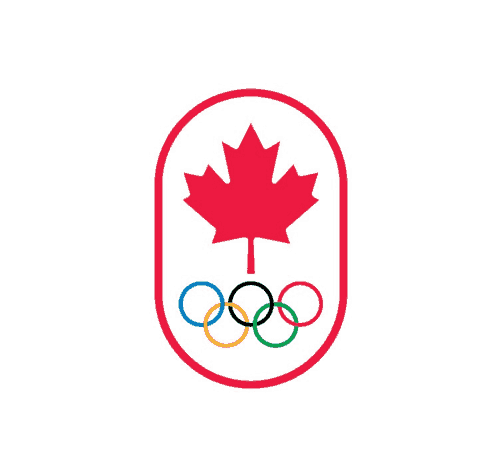 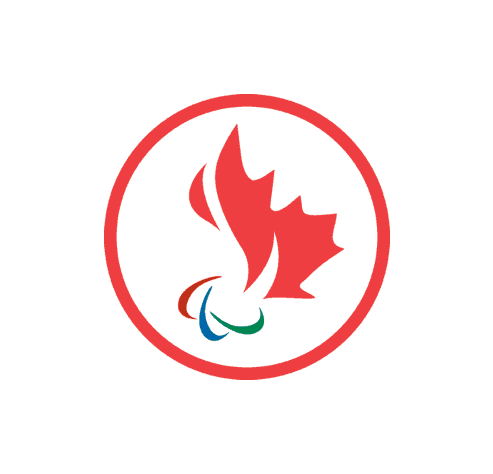 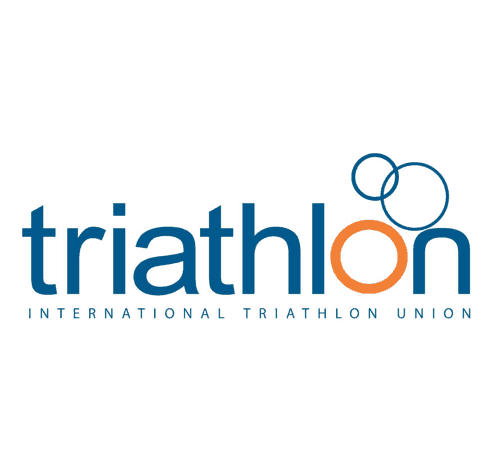 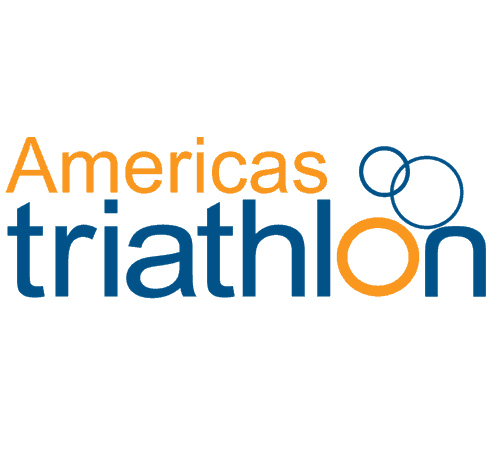 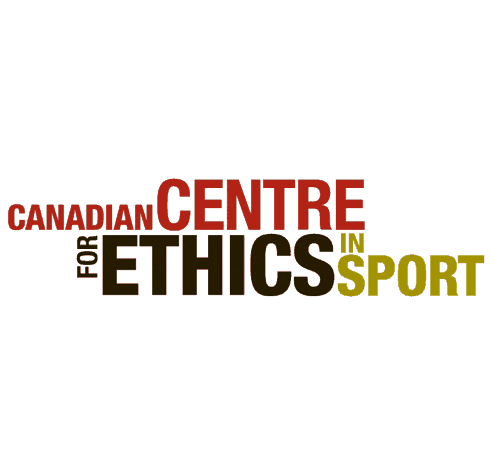 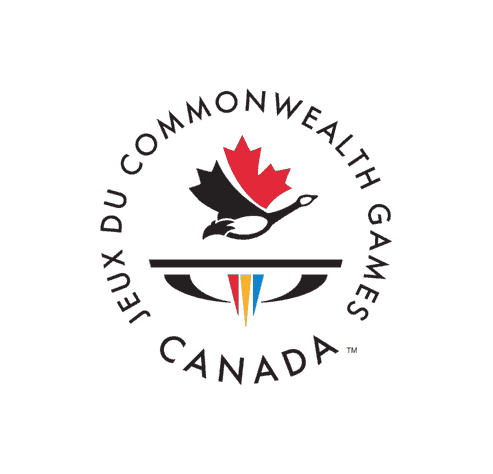 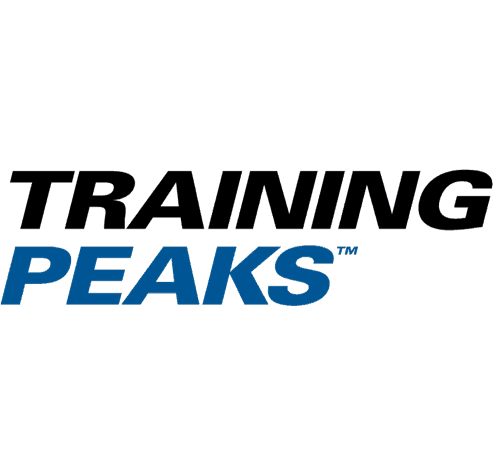 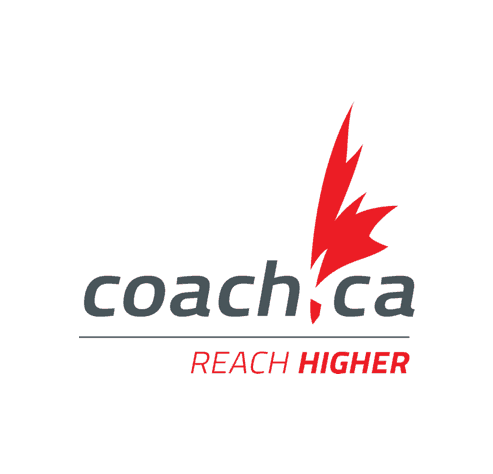 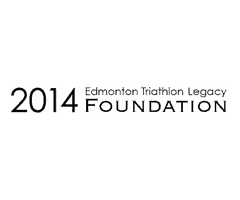 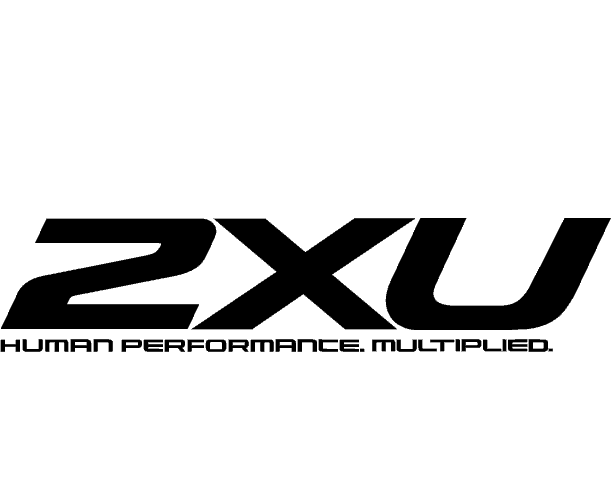 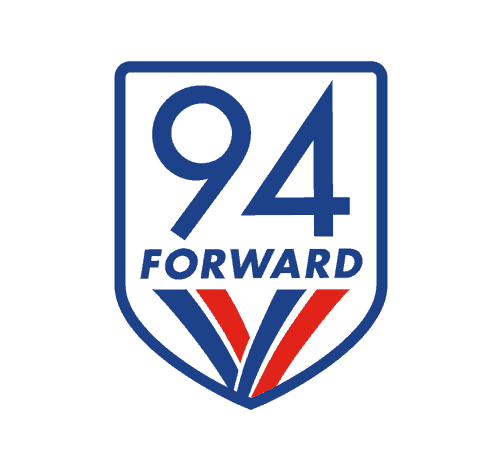 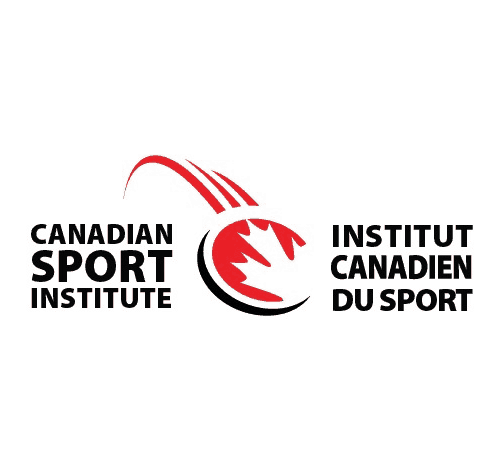 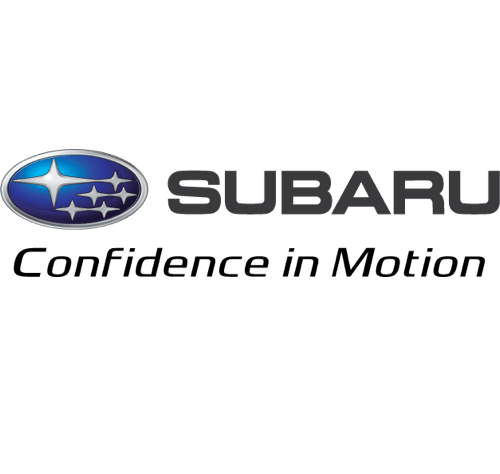 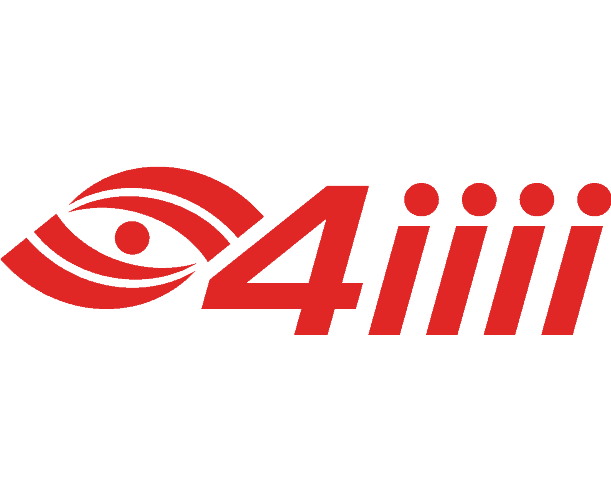